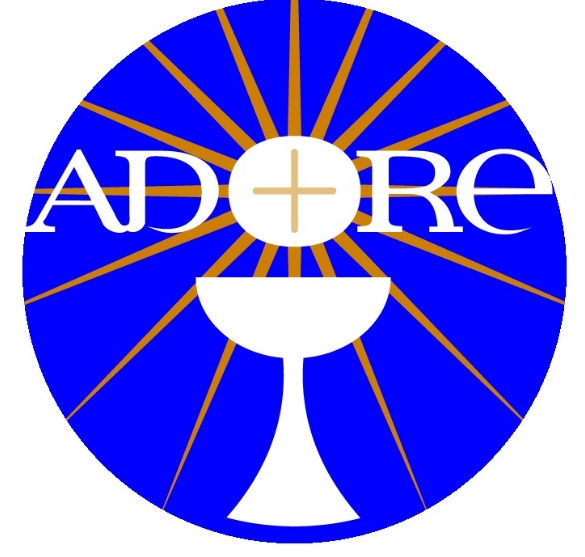 Core Group Leader since early 2018 and Worship Leader at ADoRE meetings since 2014. His home Parish is St Joan of Arc, Farnham, where he is on the Parish co-ordination team and leads the charismatic prayer group. Has been involved with renewal for 35 years, and with ADoRE since 2007. MORE...

We meet monthly to pray for ADoRE, to organise the day, and to plan for future programmes. If you have any questions about anything that happens at the ADoRE meetings, or about charismatic renewal in general, do ask one of us.

Retired Deacon and former Core Group Leader from 1997 to 2018, John has been involved with ADoRE since 1989. He worships at St Joseph’s Tilehurst and is involved with prayer groups, Foodbank and Ecumenism, but now happy to be able to concentrate on supportive, rather than leadership roles. MORE...

Mike started coming to ADoRE in the very early years. He worships in Basingstoke and is a very active member of The Sion Community  helping them with Parish Mission visiting. Mike has a powerful prophetic ministry and blesses us with many encouraging words from the Lord.

Has been a key member of the Core Group  since the early 1980's, when her late husband Richard was right hand man to ADoRE founder Ron Nicholls. Her home Parish is St Mary's Alton.

Fr. Aidan is Chaplain and Spiritual Director to ADoRE since autumn 2018. He is living in retirement with the Salesians In Farnborough. First came into contact with Charismatic Renewal through Intercession for Priests organised by Sr Briege McKenna and Fr Kevin Scallon in the early 90s.

Judith has been involved with ADoRE since the late eighties and was a member of the Core group in the nineties, joining once again in 2018. She co-ordinates ADoRE's Intercessory Prayer Support Team.

Dymphna was a teacher at Alton Convent for many years.

She has been going to St Lucy's Medstead for over 50 years, is a Eucharistic Minister and reader and visits elderly people in nursing homes She has been on the Core team since 2017.

Midge is ADoRE's safeguarding officer. She is a member of the Salesian third Order the Cooperators of Don Bosco and spends time with youngsters or those on the fringes of society. She has been a teacher and youth worker since graduating with a theology degree; as well as a catechist covering Reconciliation, Holy Eucharist and Confirmation. She enjoys playing a large number of musical instruments in ministry.

He has attended ADoRE since 2017, been on the Core team since 2018 and is now deputy leader. In his home parish of St Michaels Tadley and St Oswalds Burghfield he is a Diocesan Catechist, supporting Confirmation classes since 2009, and active in many other ways. He is also a Knight of St Columba.

Jenny leads ADoRE's Healing Minisrty. She served on the healing team and ran the Book Ministry for ADORE in 80/90’s. Led Parish confirmation programmes and a charismatic prayer group with husband Giles. Under Bishop Hollis she served Portsmouth Diocese as Representative for Women. Has spent many years supporting the dying and bereaved, also training Church teams including Hospice Chaplaincy & Catholic Deacons.

Giles was involved with ADORE in 80’/90’s running the Children’s Ministry in support of families. He was a Eucharistic Minister in his parish and led the prayer group with his wife, Jenny. He also formed a parish youth music group with others. He currently worships at St. Joan’s, Farnham and, with Jenny, is a member of the Life in the Spirit prayer group and healing ministry.

Jose and his wife Maria have been involved with ADoRE since 2007. They were members of the Core group for 5 years, joining again in 2019. They were Associate Members of Sion Community for 9 years. José was a volunteer member of the Frimley Park Hospital chaplaincy team 2012-20 and lay R.C chaplain of Farnham Community Hospital 2010-20.

In addition to joint responsibilities with Jose mentioned above, Maria helped him as volunteer at Frimley Park since 2019, where they both served on the team distributing the Eucharist to the Catholic in-patients of the hospital. She is also ADoRE's Financial Officer.